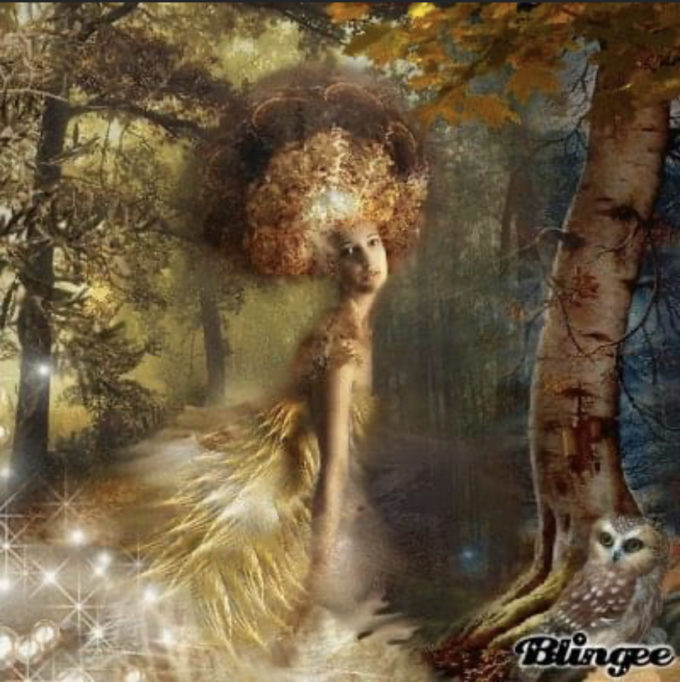 “There is something in October sets the gypsy blood astir: We must rise and follow her, When from every hill of flame She calls, and calls each vagabond by name.”
― William Bliss

The Goddess Hecate, in art depictions, most closely resembles the ‘witch’ figures so often seen at Halloween. Her origins are obscure but like many others of ancient cultures she was adopted and absorbed into the Greek mythology and later the Roman. Today, she is best known as the triple headed Goddess who guards the crossroads of life. In this role she performs many functions and serves as a link between the night upper world and the underworld.

In her aspects of mother and crone, she represents all faces of woman. It is her dark side that is most feared and revered depending on how you perceive the gifts of Hecate. Some cultures use the images of Diana (Artemis), Proserpina (Kore, Persephone) and Hecate to demonstrate the moon phases as well as the phases of a woman’s life cycle, with the crone aspect being assigned to Hecate. In other cultures she is one, with her many animals such as the Owl (her messenger) and the dog (her companion). Night sounds and howling at the moon are some of the things associated with Hecate’s presence at a crossroads.

What does it mean to have Hecate in your life? There are many myths in which this multifaceted Goddess can be a part of your life. When we are asked to confront the dark aspects of our desires, we can call upon Hecate for guidance. When we want to dream and plan, ask her to bring inspiration. Use the time of the crescent moon to make peace with loved ones by preparing a feast and sharing the food, remembering to leave a little for the Goddess. Call Hecate at the time of dying to make the journey a safe passage.

Although Hecate is celebrated during August in Greece (Diana in Rome), that time of year does not bring her image to mind in the western world, as clearly as the images associated with Halloween. Since the veil between the living and the departed is lifted on All Hallows Eve, it feels more appropriate to celebrate the goodness and the lessons of this Goddess throughout the month of October. If you want to learn more about the world of magic and witchcraft, there are witchcraft classes you can take.

Remember that when you are confronted with decisions and choices on your path in life, turn to Hecate for surely she will show you the way.

Come join me this month during the beautiful energy of the New Moon for this very powerful night of manifesting and healing. The new moon phase is an optimal time for planning and seeding your intentions. It is an opportunity for us to bring in fresh energy and create the life we so desire. All are welcome and experience is . . .
View Calendar