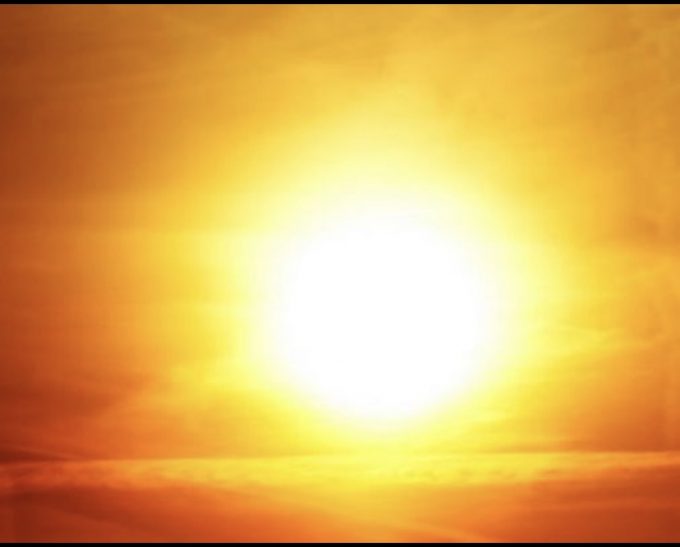 The ruling planet is the planet which has the most influence over a sign of the zodiac. The rulership of signs by planets is one of the most ancient and central parts of astrology. The powerful and unique properties of each planet have a direct influence on the characteristics of people born under the sign ruled by that planet.

Leo is ruled by the Sun, which, of course, is not technically a planet at all, but a star. The Sun gives energy to everything in our solar system and makes it possible for life on Earth to exist. Because of this, the Sun has been worshiped by ancient and modern religions alike, since the dawn of time. Almost every religion has the Sun as a central part of its creation myth, its pantheon, or both.

If you are a Leo, you have been born under the life-giving, life-affirming energy of the Sun. For those in the northern hemisphere, your birthdays also occur at the height of summer, reinforcing the power of the Sun in your early life. Your earliest breaths were taken while the Earth was close to the Sun, and bathing in its strongest heat.

The Sun is a powerful, creative, and outgoing planet. Like the rays of the Sun, energy radiates out from anyone who was born under it.

By harnessing the power of the Sun, Leos are poised for phenomenal luck and success in their lives. In the same way that life on Earth is naturally inclined towards the Sun, people are naturally drawn to Leo’s energy and strength. You are driven by passion and energy that light up the spirits of all those people around you who are able to bask in your light.

The Sun has been characterized in a variety of different ways through history, although there are certain characteristics that almost always remain the same. The Sun is always a powerful player, and more importantly, it is always a highly creative force.

One of the most famous Sun gods is Ra, the Sun god of Ancient Egypt. He was the creator god, and the ruler of the entire world (land, sea, underworld, and sky), but was most strongly associated with the Sun at noon. He also had a daughter called Sekhmet, the goddess of fire and revenge, who is depicted as a lion.

In Ancient Egypt, the Sun was seen as the natural ruler of the world, because the power of the Sun determined all natural behaviour. In an extreme climate like that of Egypt, it was very important to be attuned to the effects of the Sun. By paying attention to the heavens, you could predict fair weather, floods, or whether it would be too hot to even go outside and work. Not only humans, but all animals are conscious of this.

Ra was said to travel through the sky during the day, and the underworld during the night. To be able to casually go from upper world to underworld every single day is no mean feat – travelling to the underworld is usually something that even the most powerful characters in myth and religion can only do once! This is indicative of the phenomenal primordial power that Ra possessed.

The creation of light is also one of the first tasks that God does in the Book of Genesis in the Bible. He creates night and day even before he creates land and sea. This is important: the light of the Sun is what enables all parts of the world to be created in an orderly fashion afterwards.

In Ancient Greece, the god Helios (called “Sol” in Ancient Roman mythology) was a Titan who drove his chariot across the sky to illuminate it, much like Ra. He had the honour of being one of the few Titans (primordial gods) who continued to hold power after the Titans were overthrown by the Olympians, because his role was so important.

He was often also associated with the more famous Sun god Apollo, who was also the god of poetry and music. Apollo’s association with creativity is an element of the Sun that is usually forgotten!

Most people don’t think about the fact that the greatest creative act in all of history was the Sun creating life. Whether you think of the Sun as a creator itself (like Ra), a tool that gives another power the ability to create (like in the Bible), or characterized by a creative person (like Apollo), the creative power of the Sun is what is truly at the core of the Sun’s rulership over Leo. 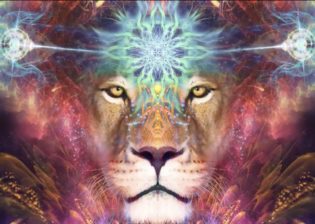 As a Leo, you must harness the Sun’s creative power in order to reach your full potential. If you neglect this creative side of yourself, you will find your energy becoming weaker, and you will also become more prone to lashing out in anger, as creation is the natural antidote to anger.

Creativity doesn’t necessarily mean creating art, although many Leos are indeed drawn to the arts. Leo’s fiery power is best used in situations that require creative thinking and leadership. Because you are so charismatic, you make a natural leader who is very good at getting a crowd to follow you.

Your creativity comes out in your ability to come to creative solutions to difficult problems. You have a natural knack for figuring out compromises that satisfy every member of a group. Lateral thinking is a great skill, and you frequently have ideas that have other people smacking their foreheads going, “That’s genius! Why didn’t I think of that?”

Your creativity will help you in all your ventures. It’s especially important in your career since so many careers don’t have space for that kind of creative thinking. Make sure you don’t get trapped in one like that, or you will find yourself lagging. It is also important that you participate in hobbies that are engaging and stimulating. Many Leos enjoy improv, choirs, or multimedia art classes, but the key thing is that your hobby must always be throwing something new at you.

But keep in mind, that while Leo’s live under the influence Of the sun- astrologically and energetically every day- So does every living thing. So the beautiful creative energies that emanate from the rays of the sun effect all of us, everyday, all the time.

So be sure to harness the rays and energies of the sun as he shines down brightly on you and feel alive by letting your creative spiritual muse lead you.

Come join me this month during the beautiful energy of the New Moon for this very powerful night of manifesting and healing. The new moon phase is an optimal time for planning and seeding your intentions. It is an opportunity for us to bring in fresh energy and create the life we so desire. All are welcome and experience is . . .
View Calendar