The Symbols of Love

This symbol is associated with the legend of the Claddagh, a fishing village just outside the city of Galway. According to the legend, a young man, named Richard was fishing at sea with other men from his family when they were captured by pirates and brought to Africa as slaves. Years passed, many of the Irish fishermen died and Richard was miserable because all he wanted was to get back to his beloved who was on Ireland.

To keep his spirits up and to keep hope in his heart, each day Richard stole a tiny speck of gold from his slave masters in the goldsmith shop where he tended the fires. Years passed and, with his tiny pieces of gold, he was finally able to fashion a ring. It was his hope that, despite what seemed nearly impossible, he would return to his village and present the ring to his true love.

It remains unknown how Richard escaped or earned his release from slavery, but one day he was able to get back to Ireland. Richard was overcome with joy when he learned that his beloved had remained true to him in his long absence, waiting faithfully for him to return. It was on that day that Richard gave his beloved the ring he created that is now known worldwide as the Claddagh Ring.

The Claddagh design appears not only in rings, but in other types of jewelry as well. The heart in the cladadgh symbolizes the love Richard longed to share with his true love. The crown symbolizes his undying loyalty and the hands symbolize friendship, which is, after all, the very foundation of love, with loyalty holding the two hands together.

2. The Harp – an ancient artistic symbol of love

The harp is a well known symbol of love in the form of lyrical art, poetry, and music. The Harp shares more mythical connections to the Celts, representing the bridge of love, connecting heaven and earth. In Norway and Iceland, the Harp strings formed a ladder symbolizing the ascent to higher states of love and a pathway leading to paradise.

King David played the Harp to the Lord, to express his devotion and love.

3. The Maple Leaf – an ancient symbol of love in China and Japan

You might already know that the stork uses maple branches in its nest, making the maple tree a symbol that represents fertility in a couple. However, the maple leaf is also an ancient symbol of love often used in China and Japan. North American settlers also used to place the maple leaves at the foot of their beds to ward off demons and encourage sexual pleasure as well as peaceful sleep.

4. Dove – a symbol for peace and deep love

Doves have long been treated as a symbol for peace, but they also represent deep love. Doves mate for a lifetime, with one bird often unable to survive when the other dies. Male doves also help their female partners incubate and care for their young, which helps their image as devoted, loving birds. They are therefore considered to symbolize loyalty and fidelity. In the Hindu tradition, the dove represents the infinite capacity the heart has for love.

In Greek and Roman mythology the dove was a sacred animal of love goddess Aphrodite/Venus.  Aphrodite/Venus is often depicted with doves fluttering around her or resting on her hand. Doves are also often used in Western wedding to symbolize ongoing love of couples.

Apples appear in many religious traditions, often as a mystical or forbidden fruit. Christians associate the apple with the story of Adam and Eve in the Garden of Eden. The larynx in the human throat has been called Adam’s apple because of the folk tale that the bulge was caused by the forbidden fruit sticking in the throat of Adam.

In Chinese tradition the apple blossom signifies adoration. Celtic mythology includes a story about Conle who receives an apple which feeds him for a year but also gives him an irresistible desire for fairyland. In early Greek history, the apple was prominent in courtship as well as the rites and customs of marriage. A happy couple in the seventh century B.C. might share an apple as a symbol of their marriage and hopes for a fruitful relationship.

6. Seashell – a symbol of the protectiveness of love

According to an ancient legend, Venus, the Roman goddess of love, emerged from the sea and was ferried to shore, fully formed on a scallop shell, as depicted in Botticelli’s famous painting Birth of Venus. Lakshmi, the Hindu goddess of beauty, love and fertility was also created from the sand and pearls within an oyster shell.

The Shell, with its hard casing inside which it protects life in form of pearls, symbolizes the protective aspect of love. It has had slightly varying symbolism in different cultures.

7. Swan – a symbol of grace, love and beauty

Swans have many different meanings in myth and folklore. They symbolize freedom, fidelity, love, companionship and loyalty. The Swan holds a number of different representations including love, grace, purity, beauty and sincerity.

The Swan is another symbol of the Virgin Mary and represents her purity and love. According to English and Celtic traditions, the swan is a powerful and ancient power animal. Here the swan is associated with goddesses of healing waters. They are connected with music, love, purity and the soul.

8. Cupid – the most famous Valentine symbol

Cupid is the most famous of Valentine symbols and everybody knows that boy armed with bow and arrows, and piercing hearts. He is known as a mischievous, winged child armed with bow and arrows. The arrows signify desires and emotions of love, and Cupid aims those arrows at Gods and Humans, causing them to fall deeply in love. Cupid has always played a role in the celebrations of love and lovers.

In ancient Greece he was known as Eros, the young son of Aphrodite, the goddess of love and beauty. To the Roman’s he was Cupid, and his mother was Venus.

9. Rose – a symbol of love and romance

Rose means pink or red in a variety of languages (such as Romance languages, Greek, and Polish).

Ancient Greeks treated the rose a sacred emblem of beauty of Aphrodite. According to an ancient legend, the red rose grew from the blood of the god Adonis, The rose is also associated with Roman deities such as Hecate, Bacchus and the Three Graces. 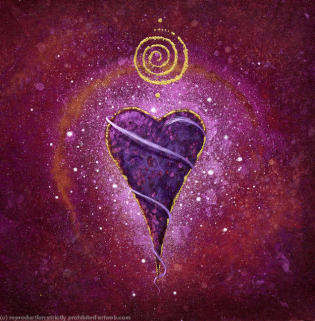